In this article, I address CPA’s ethics and the benefits of making good decisions.

Men are alike in their promises. It is only in their deeds that they differ. Molière

We’ve all been there.

Your client wants you to sign off on an issue, one that is in the land of gray–you know, that place where there is no black or white. And, of course, the issue has significant dollars attached to it, so it’s important.

Your anguish rises, so you try to see the Great Oz, but he’s hiding behind that curtain, smoke billowing, lightning crashing–but no advice. Since the wizard has no wise words of wisdom, you need someone, or at least something, to help you. Here are four questions you can ask yourself when you face ethical decisions.

Here are four questions to ask:

Can questions such as these really help? Let’s see.

Many years ago I was doing an audit of a local county government. I discovered the county commission chairman had arranged for a material purchase of property from his son without using the required bid process, and the transaction was illegal in our state. (I had recently started a CPA firm, so this was one of my few clients. I needed the audit fee.) When I discovered the irregularity, I met with the county commission chairman and told him I would report the transaction in the audit report. He leaned over and quietly said to me, “if you do, you’ll no longer be the auditor.” No one else was in the room.

Later I was physically threatened, and for some time I feared what might happen to me. The decision of what to do, however, had already been made. In asking myself questions such as those above, the right course of action was obvious.

I reported the illegal transaction and was immediately fired. It cost me, but I knew it was the right thing to do. (Interestingly, when the news broke, a reporter contacted the county commission chairman and the county manager. The county manager stated that I had “my hand in the till,” and that the auditor–that’s me–had stolen money, though they never said how.)

Because of situations like this one, client acceptance has become important to me. We need clients with integrity. Yes, we do.

When you face a decision such as this one, here are four actions that may help.

Here are four actions to take:

Do the Right Thing

Do the right thing. You’ll be glad you did.

A CPA’s ethics are, and will always be, important. In this post, I provide information about accessing the AICPA Code of Conduct and the Plain English Guide to Independence.

Are you a CPA looking for answers to independence or other ethical questions? Below, you’ll see two handy AICPA resources:

The AICPA provides online access to the Code of Conduct. You can also download a PDF copy here (this PDF covers all standards issued through August 31, 2016).

The Code is organized into three parts:

The Code includes a threats and safeguards framework. CPAs should identify threats and then consider safeguards to mitigate those threats. The CPAs can proceed with the engagement if threats–after considering safeguards–are at an acceptance level.

As the Quality Control partner for our firm, I receive quite a few questions about ethical issues (mainly about independence). Nine out of ten times I find the answers to those questions in the AICPA’s Plain English Guide to Independence. I download this guide and keep it handy. When I need to research an issue, I open the document and perform word searches. If you aren’t already using this resource, I highly recommend it. 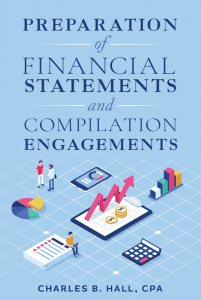